Posted by Chris Thompson on 27 September 2017

Friday 22 September dawned with a rare (given recent weather!) clear blue sky and light winds.  Always trying to make the best of any opportunity, the Finest Hour team leapt into action... what were the chances of grabbing a photographer and the resident miitary vehicle collection at Bicester Heritage for a no-notice photoshoot?  A couple of phone calls and it was agreed that we needed to have the job done by early afternoon - a plan was coming together! 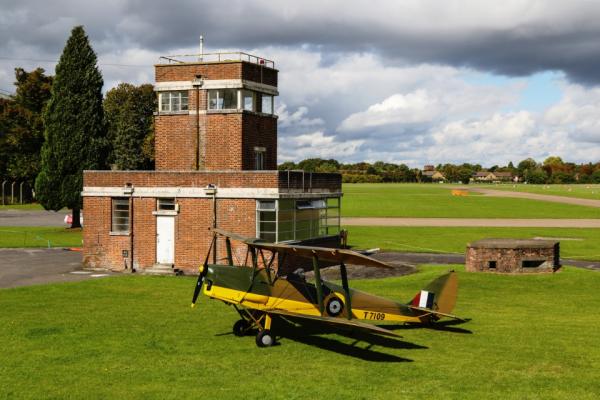 Having manoeuvred the Tiger into an eye-pleasing position in front of Bicester's control tower, our photographer, Ken Brannen took a few early test shots while we waited for the vehicles to arrive.  Just as he spotted a useful-looking set of steps to provide an elevated platform, Simon Baldry of SWB Motorsport arrived in the amphibious Alvis Stalwart.  This vehicle is packed full of charisma; things were starting to get interesting!  Close behind was his colleague in the famous 'Green Goddess' fire engine, but the 'Stally' was taking our full attention on account of the fact that is was depositing what appeared to be a torrent of water from its underside; we were assured this was "entirely normal"! 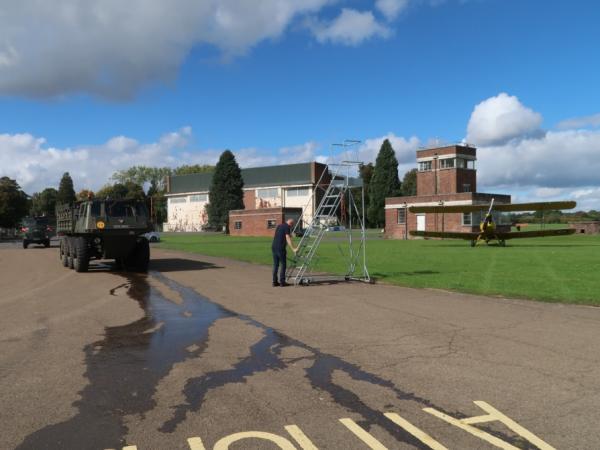 Ken puts on his thinking cap as the Stalwart waters Oxfordshire

Our most important task of the Day was to produce a picture of the Tiger with the Tank, an FV432 Armoured Personnel Carrier (APC).  The limiting factor here was that the Tank is a heavy tracked vehicle and thus couldn't be allowed to roam onto Bicester Heritage's immaculate lawns.  Thus, the Tiger on the grass and the Tank on the tarmac had to be lined up with a suitable backdrop.  Although this was the intended 'money shot', we couldn't resist the opportunity to capture the Stalwart, Goddess and Tiger all together on the grass before the tank arrived. 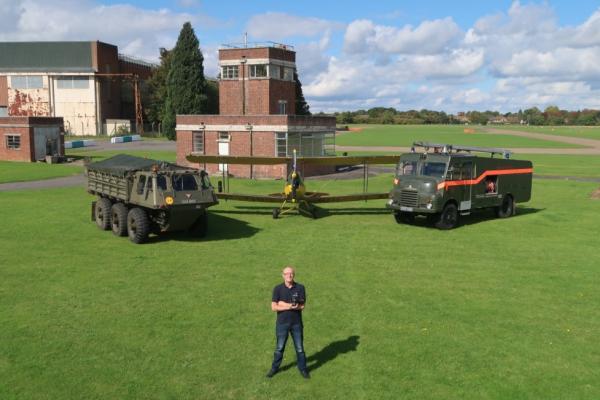 At this point, it became apparent that, although the Tiger is by no means the easiest aeroplane to manoeuvre on the ground, it's a piece of cake compared to the Stalwart and the Goddess.  The latter is a very basic device with no powered steering, while the former burbles around in a quite incomprehensible style quite befitting an amphibian with 6 steerable wheels. 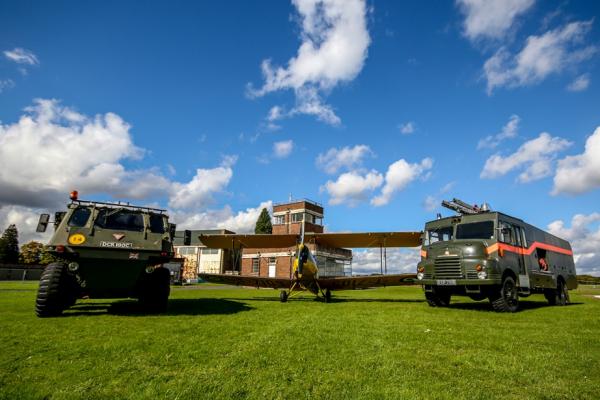 Ken did his thing and so the time came for the day's precision job, lining up the Tank with the Tiger.  The most difficult part of this exercise was moving the Stally and the Goddess away, so the Tiger could be moved to line up with the Tank.  Only then could an attempt be made to re-position them next to the Tiger. 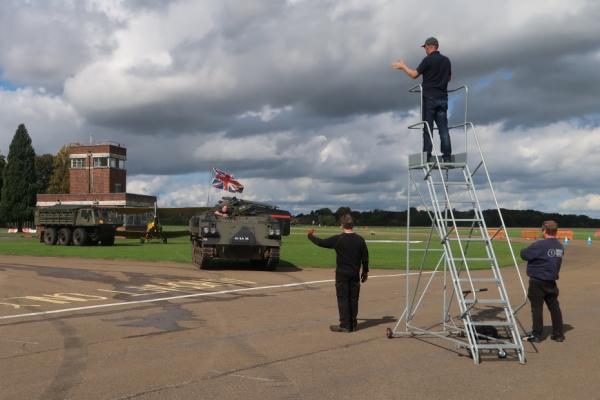 Simon did well to position the tank, coping with the variety of hand signals on offer from Ken and another helper, Steve Daniels.  Steve's help was subsequently invaluable in tweaking the Tiger's position for the 'Tiger & Tank' shot. 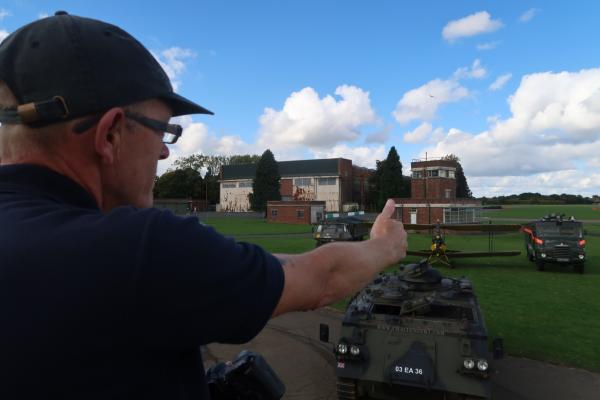 Once we had that shot in the bag, it was time for the 'Stally & Goddess' pantomime double act to resume to get the day's 'bonus shot', the one with all 4 machines on display.  This has to be one of the most unusual 4-ship formations the Finest Hour team has been involved in! 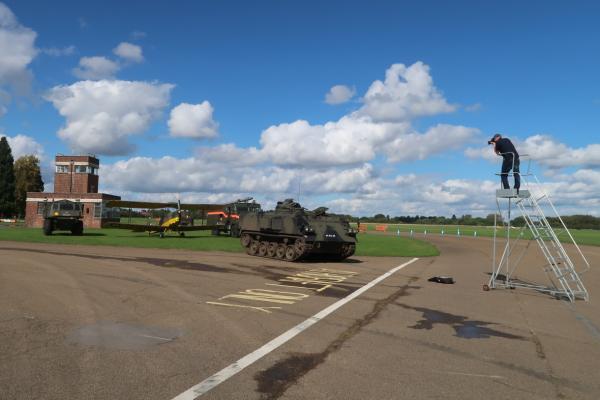 Much as we loved the Union flag sported by The Tank, it had a habit of blowing into places which obscured the Tiger, which rather defeated the aim of the exercise.  We tried shots with and without the flag and with the flag mounted on both the front and the rear of The Tank.  We do hope you like the final result. 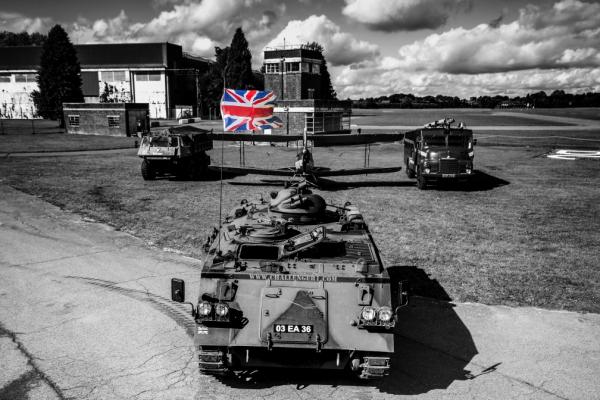 Watch this space for more about this exciting collaboration with SWB Motorsport; before long, you'll find the details here :-)