They say a change is as good as a rest, so when we took the call inviting us to provide Tiger Moth trial lessons at the Cotswold Airport Revival Festival on 29 & 30 Sep, we were more thn a little intrigued.  A recce by CAP10 and a subsequent meeting to discuss our operations later and we were set to go. 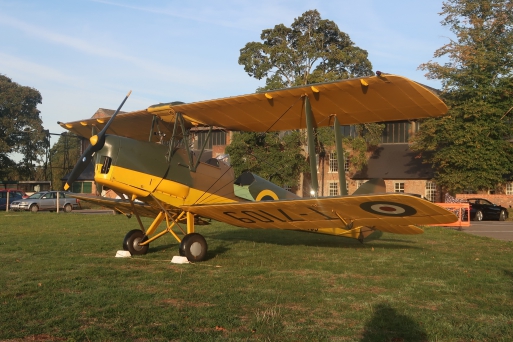 It looked like we'd been allocated the first arrival slot at Cotswold Airport, so Saturday 29 September started good and early for us at Bicester Heritage.  A stable high pressure system was in place, with fog clearing early in the morning.  We headed West into a still morning sky, watching the remaining fog lifting from the Oxfordshire valleys.  Our route took us over Ditchley Park, Churchill's weekend retreat during the early years of World War Two. 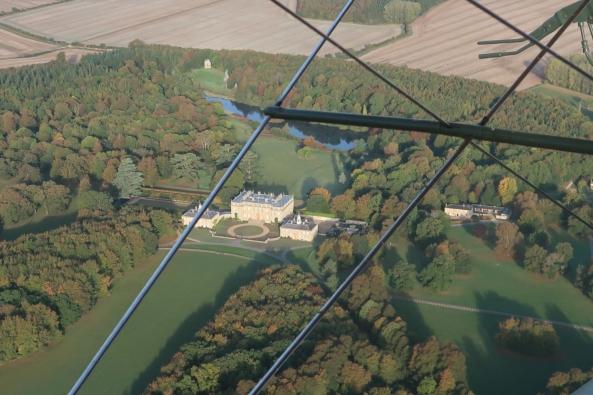 Continuing West, we passed historic RAF Little Rissington before turning for Cotswold Airport, itself formerly RAF Kemble.  True to expectations, we were the first arrival for the Event, making use of the time to have a look at what this late Summer Festival had in store before the gates opened and our first customers arrived.  The first character we encountered was 'Winston Churchill', complete with entourage and never missing the opportunity to launch into one of the great man's speeches. 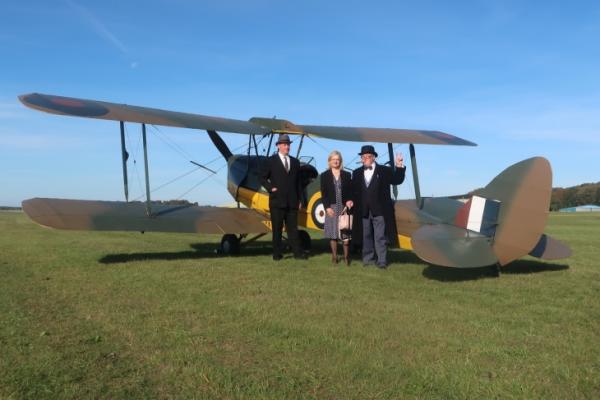 Thanks to Cotswold Airport's keen marketing of our presence, we had a number of pre-booked customers to fly, but still had enough spare slots to pick up 'passing trade'.  Sure enough, we were kept busy all day flying over the local countryside, enjoying views of Cirencester, the Cotswolds, Bristol Channel and Wales beyond; well to the West of our normal stomping ground and all the more pleasureable for that. 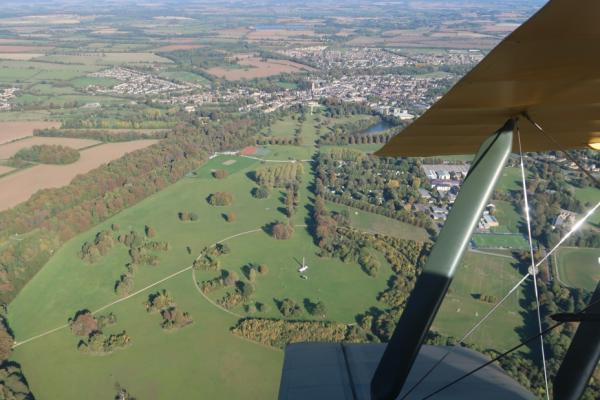 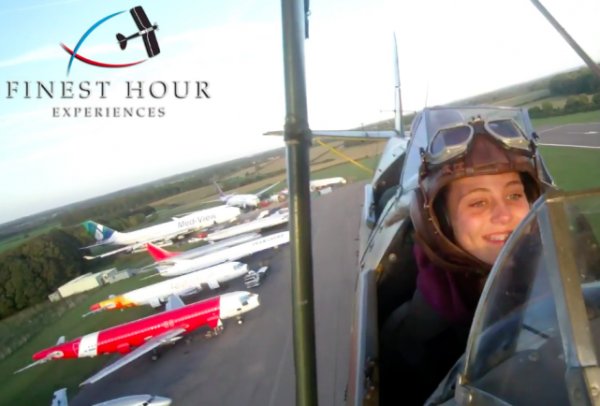 Some enjoyable early evening aerobatics with Saturday's final two customers preceded our taking the opportunity to sample the delights of a local hostelry; we reckon we'd earned it after a long day and can certainly recommend the Wild Duck at nearby Ewen. 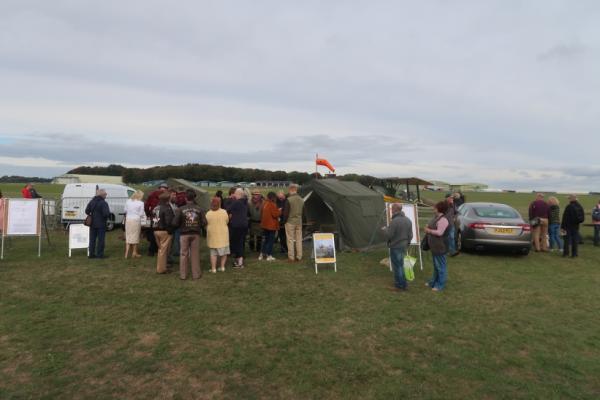 Much interest in our stand on a grey Sunday

Unpredictable English weather caught up with us on Sunday, with some visiting aircraft leaving the Festival during the early afternoon.  However, we persevered and, faced with a constant stream of interest and bookings, we flew yet another full day.  As if rewarding us for our determination, once some dark clouds passed Gloucestershire during the afternoon, blue skies returned, making a fine backdrop for a few happy snaps with the '4th  Wiltshires' re-enactment group. 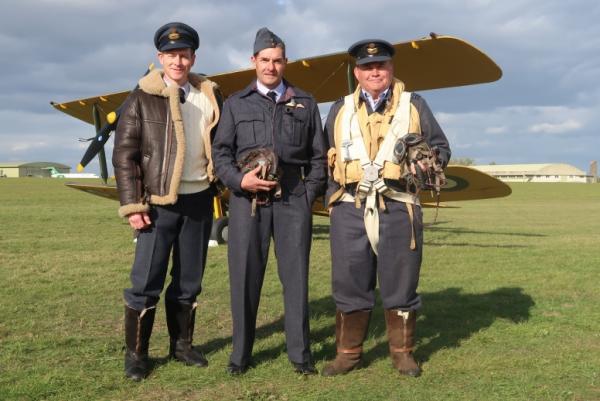 The less than glamorous part of an event such as the Cotswold Airport Revival Festival is the dismantling and packing up of our stand and tents, the detail of which can be glossed over, but suffice to say we returned to Bicester Heritage in the nick of time, making our approach as the streetlights were starting to illuminate the evening around our Oxfordshire home.

A change may be as good as a rest, but it also sparks ideas and opportunities.  We enjoyed visiting Cotswold Airport so much that we've launched some new products to be flown from there during the 2019 'season'.  So, whether you live in this glorious part of England or you're simply visiting the Cotswolds, the opportunity to take in the sights from the air while enjoying a flying lesson in a vintage Tiger Moth biplane is now available.  In addition to our Cotswold Vintage Tiger Moth Experience, we're also offering the Ultimate Cotswolds Biplane Tour, which takes in Stow-on-the-Wold, Moreton-in-Marsh and the Worcestershire town of Broadway.  We've even updated our Ancient England Tour to include both the Uffington White Horse and the Neolithic henge at Avebury - what a treat!